The county of Livingston was shocked by the murders of Richard and Brenda Kowalski in 2008. Richard and Brenda lived in Howell on a 10 acre plot at the end of a secluded cul-de-sac. Brenda had two sons from a former marriage when she married Richard. Richard was CFO for Lason, Inc. It was learned through a source that Richard was asked “to cook the books” by some of the top Lason executives. He retired from the company in early 1996. The company went public in 1997 and in 2000 the SEC determined that Lason’s officials had falsified financial records causing investors to lose millions of dollars. In May of 2008, one of Brenda’s sons discovered their bullet-ridden bodies at their home and implicated an uncle. After an investigation by the state police and jury trial presided by then judge Theresa Brennan, Jerry Kowalski, who is the brother of Richard Kowalski, was found guilty and sentenced to life imprisonment in 2013. However, there is enough reason for many people to believe that Jerry did not receive a fair and impartial trial and that the real killer or killers have not been found. Jerry was wrongly convicted solely by a confession extracted under duress, a confession that did not coincide with one fact of how the the murders were committed or evidence left at the crime scene. No DNA, no gun, no plausible motive, no evidence. Mr. Kowalski had no first-hand knowledge of how the murders occurred. The judge did not allow any evidence or testimony that would negate the prosecution’s version of the crime. This judge has since been removed from the bench due to her misconduct starting before and continuing during the trial with the state police officer who was investigating the murders. Due to that misconduct, Jerry Kowalski’s conviction was set aside in early 2020 and he has been granted a new trial. The people who are most familiar with this case, who have been working on it for the past 13 years, and are seeking to prove his innocence need your help to present new evidence at Mr. Kowalski’s retrial. Your tip or information could be the key to finding the real killer(s) which would be the best way to prove Mr. Jerry Kowalski’s innocence. 1 Please, if you have any information relating to Richard and Brenda Kowalski’s murders which occurred on May 1, 2008, please call the this tip line 1-248-919-8882, G1NBC News. All information will be kept confidential. Richard’s and Brenda’s murders need closure. Who killed them? Jerry Kowalski needs to be exonerated. He did not kill his brother and sister-in-law. Do you have the information to help find the real killer? 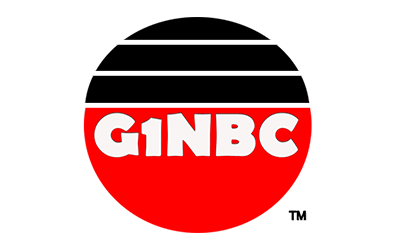